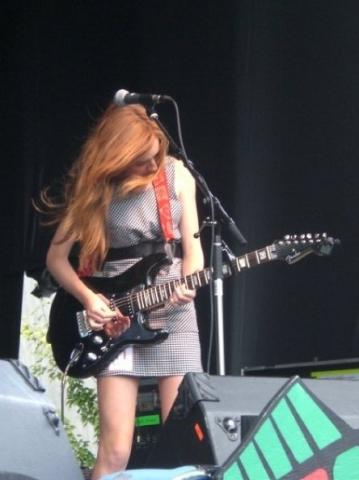 Yes, I did just coin the term ‘oimites’ on my last day. I sincerely hope it will catch on.

I am here to bid farewell, to shed a teary goodbye, to what has been my primary focus for the last six weeks: The Ontario Independent Music Archive.

I’ve spent the last month and a half searching for, and acquiring, music by Aboriginal musicians. With my fellow Aboriginal Music Archive Coordinator, Andrew, I’ve reached out to approximately 120 musicians across the province.

I will admit, at times I thought I may lose hope in our mission. After weeks of unanswered emails, confusion surrounding the website, and silent phones despite the many voicemail messages I’d sent out, I started to wonder what I was doing wrong. Did Aboriginal artists really have no interest in OIMA? Did I just smell bad?

But, like any great idea, concept, or project sometimes it just takes a while to get the ball rolling. Once the word about OIMA started to get out, music began to pour in.  I felt like a child again; the phrase ‘you’ve got mail’ was once again one of hope and promise, rather than one of burdens and bills.  I cheerily uploaded the CDs I was sent while getting to listen to great music, both new and old, from the latest artists on the archive. I happily refreshed the OIMA ‘Community’ to see that more and more users were creating profiles on the site and uploading their own original music. Things were beginning to come together.

Whether it was listening to CDs sent in from mother and daughter singer-songwriter pair Bonnie Couchie and Binaeshee-Quae from Pic River, dissecting the concept album ‘A Residential School Story’ by alt-rock Ottawa band weaselhead, reading up on ‘Rez Blues’ or researching Indigenous electronic sample-based music, every day held a new  musical adventure at OIMA. We took field trips to CHUO, Ottawa University’s campus radio station, and to the Public Library to read books like ‘The Encyclopedia of Native Music’. My days were filled with acquiring new knowledge on Aboriginal music and discovering the wealth of talent these artists possessed, furthering my drive to share it with the OIMA community. My summer truly started when I began working on the Ontario Independent Music Archive, and I could not be happier to have gotten to be a part of such a great project.

Although I’m ending my summer in Ontario a week early, to depart to France for a year abroad, this will not be the end of my involvement with OIMA. While exploring music in other parts of the world, I will be regularly checking in to see what terrific tunes are being posted by artists in my home province. I look forward to seeing OIMA continually grow, and toast to be the bright and sunny future we will share together as Ontario musicians and music lovers!