Can you judge music by its record label? 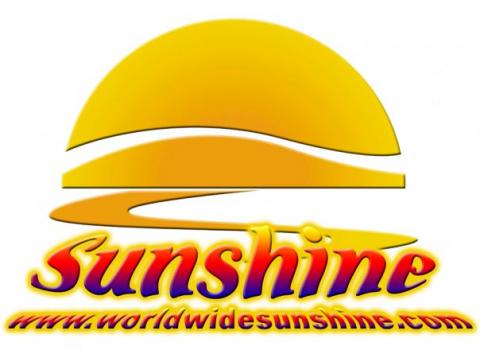 Thanks to the internet, we now have the ability to access a virtually infinite volume of music with a few strokes of a keyboard. This amazing and often baffling revelation is extremely liberating. However, this also leads to a “problem” of there being too much music available.

For some peculiar reason, I occasionally lament the days where my exposure to new artists was limited. I would find one band, listen to them intensely, and then possibly hear of another similar sounding band, whose discography I would once again devour. Every album I stumbled across would receive my full attention (unless it really wasn’t for me). Today, I am overwhelmed by the amount of artists and albums I want to listen to but cannot realistically find the time - I often jump from album to album after only a couple listens, never given these works the time they deserve!

In today’s world where we are supersaturated with numerous music blogs touting the best new music, how do we separate the wheat from the chaff?

One ‘trick’ that’s always worked for me is to focus in on certain record labels. While most major labels have become extremely homogenous and offer little variance from Top 40 hits, the amount of indie labels pumping out consistently great music is staggering. Independent record labels create an almost family-like atmosphere. Similar artists can group together, collaborate, and challenge each other to make better and better music.

Looking for some great new alt-country or folk music? Checkout the artists on Six Shooter Records or Bloodshot Records. More into hip-hop and rap? Maybe look at new albums being released on the Rhymesayers  or Black Box labels. Canadian Francophone? Dare to Care Records. And for a taste of some of the best new indie-rock-pop and whatever music coming out of Canada, take a listen to artists on Mint, Paper Bag, Dine Alone, or Last Gang Records.

The point of this is, good musicians often gravitate towards each other, and these indie labels often act as a meeting place for them. In my role as the Aboriginal Music Archive Coordinator with OIMA, I have come across the several independent record labels which focus on promoting Aboriginal musicians from across Canada (as well as some in the U.S.). These labels include Sunshine Records, Turtle Island Music, Sweet Grass Records, Arbor Records, and Canyon Records.

I noted in my last blog post that as I continue to research music by Indigenous artists, patterns and connections between the artists begin to emerge. The most common pattern that has come out of this research is many musicians’ connection to Sunshine Records.

Originally founded in 1974 by Ness Michaels in Winnipeg, Sunshine continues to be dedicated to promoting music by First Nations, Metis, and Inuit artists (as well as “fiddle, polka, Ukrainian, and trucker music”). In the nearly 40 years since its inception, Sunshine has released over 1000 albums. Not only has Sunshine helped many Aboriginal musicians by recording and releasing their music, it has also contributed to the development of Aboriginal artists in other ways as well, such as by supporting talent contests and donating hundreds of hours of studio time to up-and-coming Aboriginal artists.

This ongoing support and celebration of heritage, culture, and local musicians has paid off for Sunshine over the years, having won numerous Canadian Aboriginal Music Awards and Junos. Sunshine Records has not only produced some great music over the years, but has become arguably the greatest contributor to the canon of Aboriginal music in Canada. While numerous labels have risen and fallen in the last 40 years, Sunshine Records continues to produce consistently great music for its fans. The slow-burning success of Sunshine reminds me of the old adage "slow and steady wins the race". Remain true to the music, and success will surely follow.

(History on Sunshine Records was found on their website as well as the Aboriginal Sound Recordings page of the National Library and Archives).