Are Concept Albums a Dying Art? 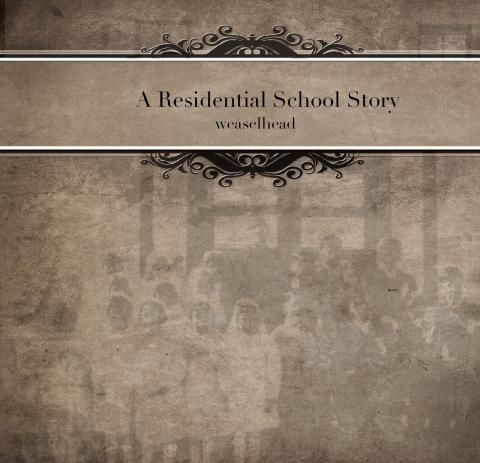 In the sixties and seventies, it seemed as if anyone who was anyone was doing it. The Beatles, Pink Floyd, The Beach Boys, Bowie and more. Concepts of mortality, technology, space, isolation, sanity and more rang through poignant pieces of connected of songs to create a larger picture, or erm, album. The world actually had the time, attention span and patience to listen to an album, straight to finish, without distractions, and ponder the deeper concept the artist was trying to emphasize.

Of course, the art of concept albums has not all but disappeared.  From Montreal’s Arcade Fire’s multi-award winning third album ‘The Suburbs’, to Toronto’s Fucked Up’s collection of rock operas surrounding their fictional character ‘David’ it’s quite clear Canadians still love a good story, and their crop of musical talent continues to deliver.

The album has a unified dreamy, nostalgic feel throughout, as if the artist is looking back at a time in his life. weaselhead uses sampling of historical recordings, such as bits of interviews and speeches that seem to be students and possibly employees of Residential Schools to create a captivating narrative of the experiences in Indian Residential Schools. Intertwined with piercing, yet melodic guitar solos and lyrics that artfully describe a series of painful experiences, this concept album is like nothing heard before. Here’s my interpretation.

‘Our Father – Part 1’ begins the album with lyrics that describe the separation of a First Nations child from their family. The story continues with tracks like ‘Teacher’s Pet’ and a ‘Piano For My Voice’ that explore different types of abuse underwent in Residential school years using both lyrics and sampling. The verse begins like so:

She was young when she as there

She was always teacher’s pet

When they took her from her bed

She didn’t believe the things they said

She was smaller than the rest

They always told her shes the best

She took the pain for all her sins

Kept the pain inside her chest

The verse is followed by a loud, soaring chorus with hard to make out vocals, ending in the words ‘and never tell a soul’ in an almost sing along fashion - juxtaposing difficult themes of shame with childlike song.

‘A Piano For My Voice’ differs in that although the first half of the song contains vocals, the emotional climax occurs around the half way mark when an interview clip is smoothly woven into the song. The instrumentation quiets as a woman describes her mother’s experiences of being burned with boiling hot water by a nun, and as the story rises in intensity, so does the music, with the strings highlighting the emotional ferocity of her story. Other features include ‘Sweet Sixteen’ which explores teen depression and suicide, and ‘That Bottle in Your Hand’ (sample lyric: If we’re ever going to live our life we know we got to be strong, If we’re going to build a future for our children we’ve got to move on) which was nominated for in the “Best Rock Song” category at the Indian Summer Music Awards, and highlights the perils of alcoholism.

While ‘Our Father – Part 1’ begins the journey with separation of  child from family and culture, ‘Our Father – Part 2’ perhaps ends it with cultural restoration. The last song of the album is a beautifully crafted melody over which a young, soft voice of a child sings in what seems to be her native language.

Concept albums take us on far away sonic travels to different places, eras, concepts or events we may never have experienced before and ‘A Residential School Story’ by weaselhead is an example of this. They are unique to traditional albums, for their whole is greater than the sum of their parts. You can’t truly understand the artist’s message if you isolate one song from the rest, and enjoy it in its singularity, rather than within its context. Sure, the song may be aesthetically pleasing, or have insightful lyrics, but it loses much of its meaning when separated from its counterparts.

I fear for the survival of the concept album in today’s era of mp3s, playlists and ninety-nine cent downloads on iTunes, where music accompanies anything and anyone as background noise. And although bands may continue producing these works of art known as concept albums, how can an artist ever ensure they are enjoyed in the way they were meant to be? One thing I do know for certain is that those who do decide to venture into this creative practice are innovative risk takers – musicians who are dedicated to their artistic craft and spreading their personal message with audiences everywhere.

Cover art belongs to weaselhead. All statements surrounding the work are personal interpretation only.